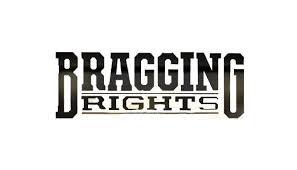 This should be last test of wp user frontend form

About.me is a personal web hosting service co-founded by Ryan Freitas, Tony Conrad and Tim Young in October 2009. The site offers registered users a simple platform from which to link multiple online identities, relevant external sites, and popular social networking websites such as Facebook, Flickr, Google+, Pinterest, LinkedIn, Twitter, Tumblr, and YouTube. It is characterized by its one-page user profiles, each with a large, often-artistic background image and abbreviated biography.

On December 20, 2010, just four days after its public launch, About.me was acquired by AOL.The company remained at AOL for a little over twenty-five months.

On February 5, 2013, it was announced that Conrad had bought back majority control of About.me from AOL; although no specifics were revealed on the purchase price, Conrad did say that it was a fraction of the price AOL paid to originally buy it. Conrad believed that there were no advantages in being owned by AOL, and that the site did not fit with AOL’s current business model (which has emphasized online content rather than social networking services). The site returned to becoming a startup, and began another funding round following the announcement.

Why You Should Vote For Me

About me is your place to control what people see about you as you use Google services. Our products are for everyone, and we want you to be in control of how you express your identity and how much you choose to share.

My Gallery
My Videos
Vote

DO YOU THINK THIS MODEL IS HOT OR NOT? PLEASE TAKE A MINUTE TO RATE THIS CONTESTANT!